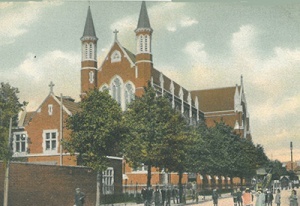 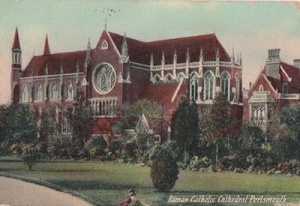 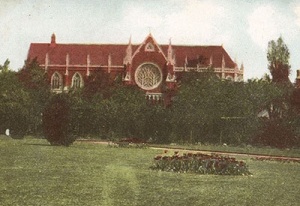 St John’s Cathedral was built in 1882 to provide for the steadily increasing number of Catholics living in Portsmouth.

Prior to the late eighteenth century it had been illegal for English Catholics to have chapels within most towns and cities. The Second Catholic Relief Act of 1791 removed this prohibition. A group of Catholics in Portsmouth appealed to the Vicar Apostolic of the London District – which included the county of Hampshire and what was then the town of Portsmouth – for a priest whom they would support. The first appointed was the Rev. John Cahill who opened a chapel in a private house in the town. In 1794 he was succeeded by the Rev. Joseph Knapp who two years later opened a purpose built chapel located in Prince George Street, one of the backstreets of Portsea. With a seating capacity of 300 it had by the mid-nineteenth century become too small for the numbers attending Mass. Portsmouth being a garrison town had an ever-increasing number of Catholic soldiers and the number of local lay Catholics was also on the increase.

In 1877 the priest responsible for the Catholic community of Portsea was the Rev. John Horan. He decided to build a new church on a new site. He purchased from the War Department a triangular piece of land large enough to build a church, a house, a hall and a school. It was a great act of faith. He contracted John Crawley as architect and building began in 1879 at a cost of £9,000; of this £4,000 was donated by the Duke of Norfolk and the remainder came from many much smaller donations from the local Catholic community. The foundation stone was laid in 1880 and that same year J.S. Hanson succeeded John Crawley as architect; both were influenced by the Gothic Revival of the nineteenth century and its leading protagonist, A.W. Pugin. Two years later as the building work came to completion Pope Leo XIII created a new diocese consisting of the counties of Hampshire and Berkshire, the Isle of Wight and the Channel Islands and he chose Fr Horan’s new church as its cathedral. Thus when it opened for worship on 10 August 1882 it did so as the Mother Church of the new Diocese of Portsmouth. It was consecrated on 29 March 1887 by the first Bishop of Portsmouth, the Right Rev. John (nicknamed ‘The Magnificent’) Vertue.

The Cathedral was completed in four phases: 1882, the nave; 1886, the crossing; 1893, the chancel and 1906, the narthex and west porch including the turrets built to the designs of Canon Alexander Scholes. St Patrick’s Chapel was added in 1924. On the night of 10 January 1941 the Cathedral was badly damaged in one of the major air raids on Portsmouth during World War Two and the next door Bishop’s House was completely destroyed. Extensive renovation of the Cathedral was begun in 1946 and was completed in 1950. The stained glass in the Apse, the Lady Chapel and the Blessed Sacrament Chapel date from this period. Further renovations and major re-orderings have taken place in 1970, 1982 and 2001. Outside the Cathedral’s west end stands the prominent sculpture of St John the Evangelist, the work of Philip Jackson, installed in 2010.

Besides its function as the Mother Church of the Diocese, St John's Cathedral serves a parish of some 6 square kilometres. As of 2016 the average Sunday Mass attendance was c.1,100. 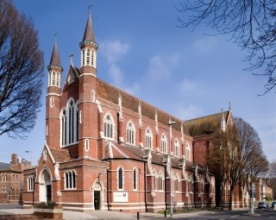 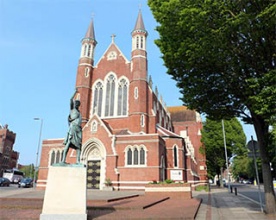 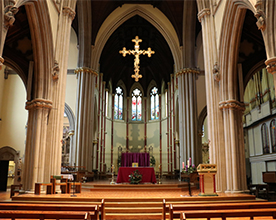 Bishops of the Diocese of Portsmouth 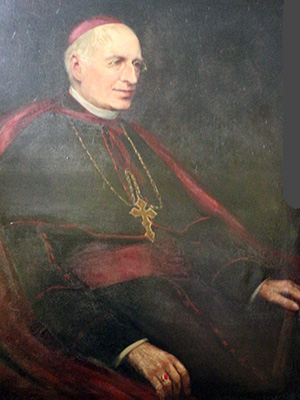 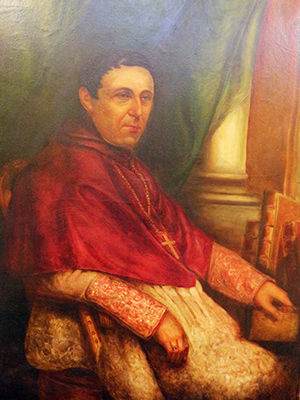 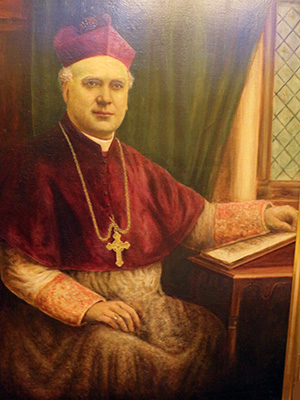 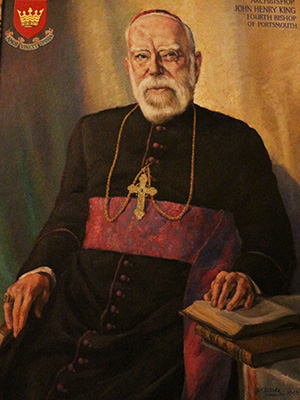 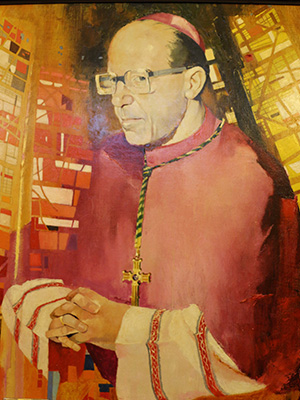 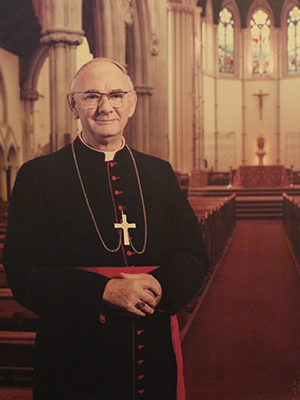 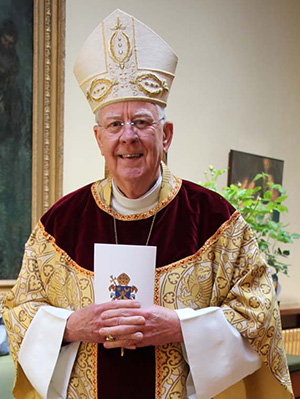 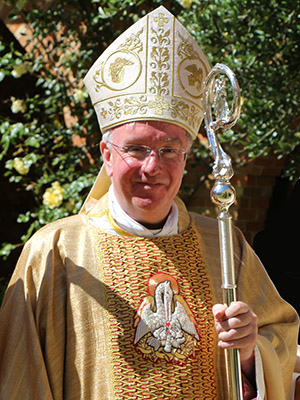